Catronauts is a co-op real time adventure game where 2-4 players each command a guardian spaceship.

Player’s ultimate goal is to colonize a new homeworld to replace their recently destroyed planet. To do this, they must work together to maneuver their mothership through space. They accomplish this by first positioning their ships and then dragging the mothership towards that position.

Multiple abilities and special attacks are available for both the small cat-ships and mothership.

Create a vertical slice prototype: a few levels in the middle of the game to prove the core features. We wanted to have a good balance between the players being in control and being able to colaborate. This is why we introduced a shared mothership.

Players can both control their individual small ship, as well as the mothership. Coop abilities must be triggered by two or more players, while solo abilities can be used alone.

The team also included one other game designer, one other programmer, 3 artists and 1 project manager.

Construction of the glorious cat mothership is finally complete! You and up to three of your friends take on the role of spacefaring guardians facing off against incredible odds.

To claim new planets for the Catronaut Republic, you’ll have to venture into unfamiliar territory packed with dangerous obstacles, all while fighting off excursions from the Cosmopup Empire. Cats must come together to combine powers and defeat this evil!

Players progress from avoiding stationary obstructions, to dodging moving obstructions, to fighting off malevolent Cosmopup spacecraft. As threats grow more numerous and deadly, players attain new tools to fight them. Player’s spaceships acquire new defensive abilities such gain the ability to push away objects or shield themselves from laser fire.

As players progress, they will collect tech points which can be spent to unlock upgrades and new abilities, allowing players to customize gameplay to match their play style. 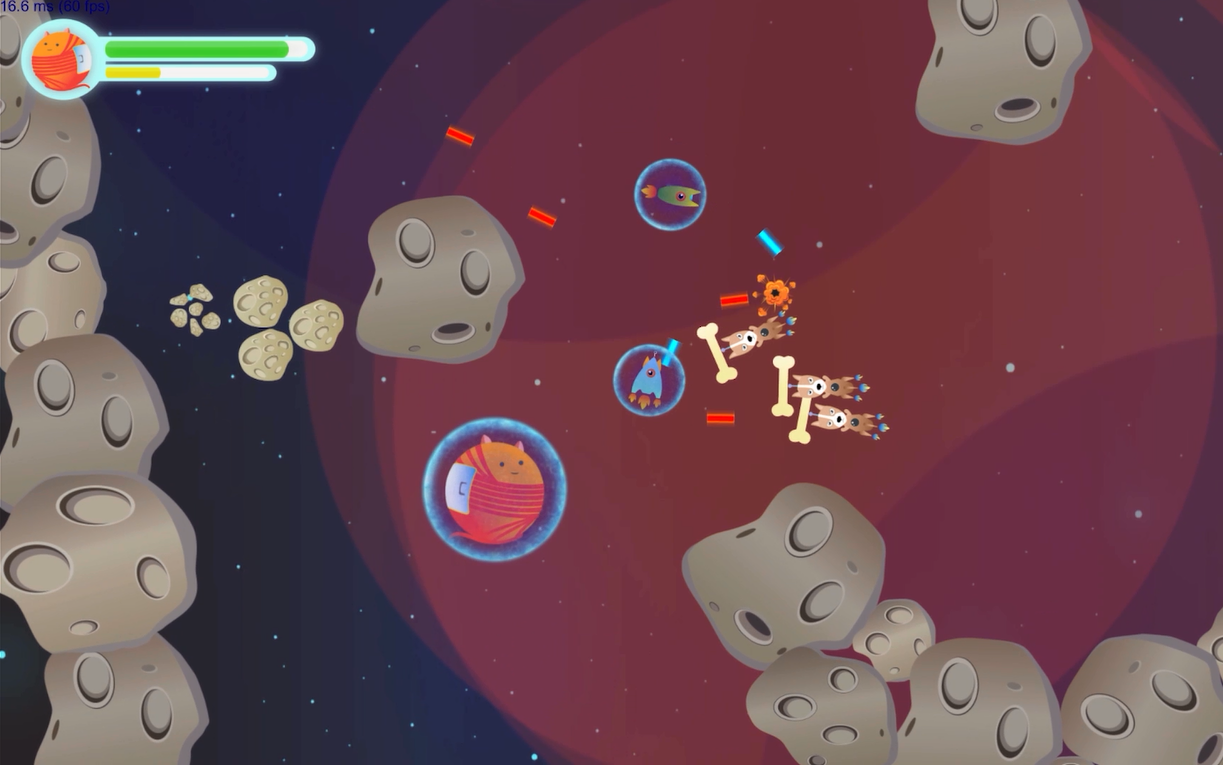 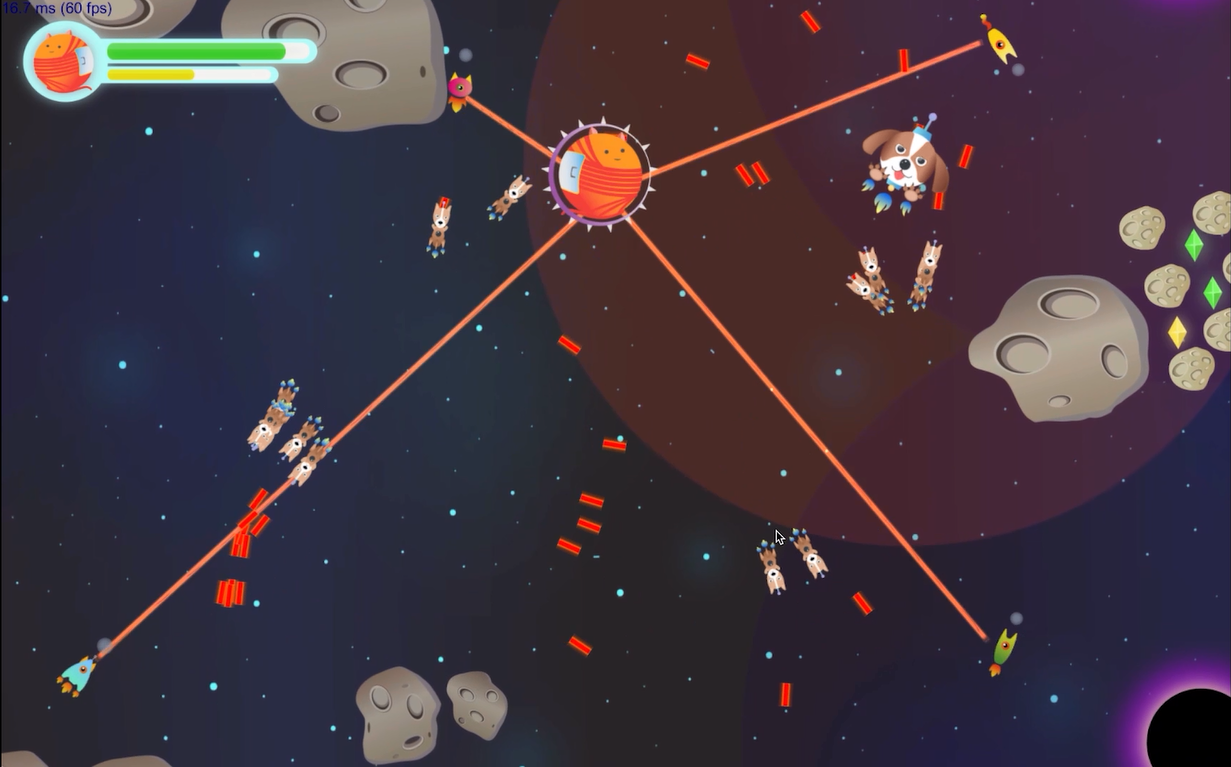 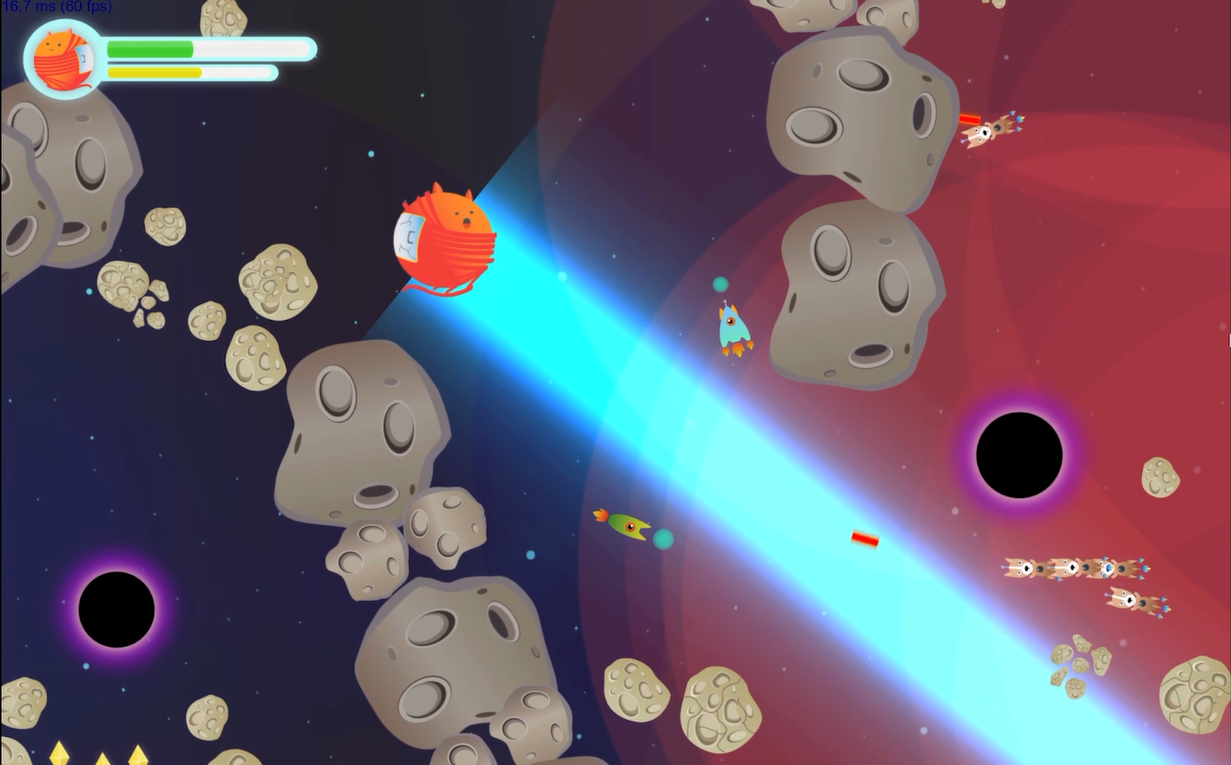 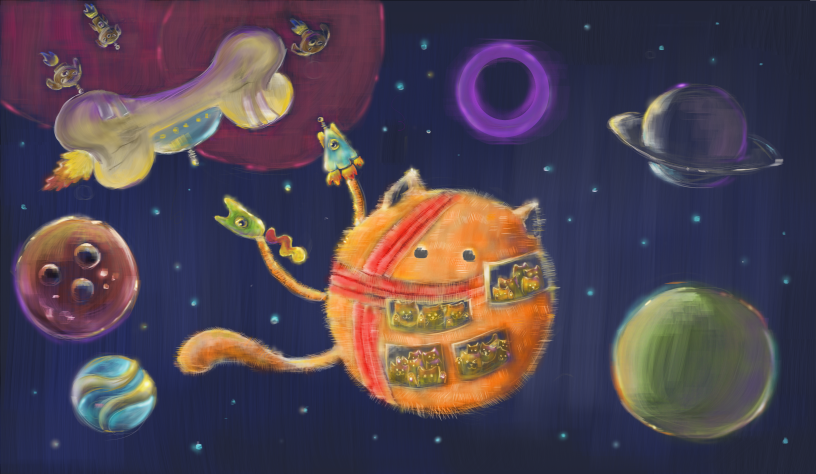 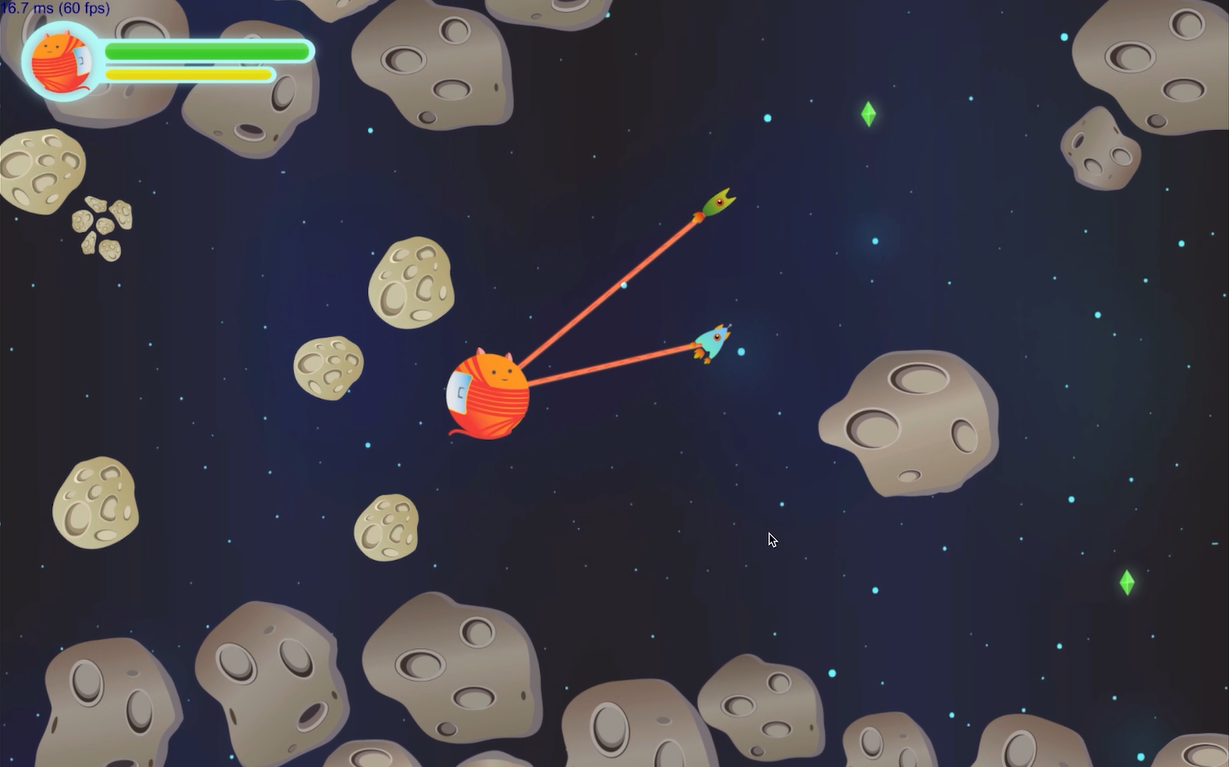 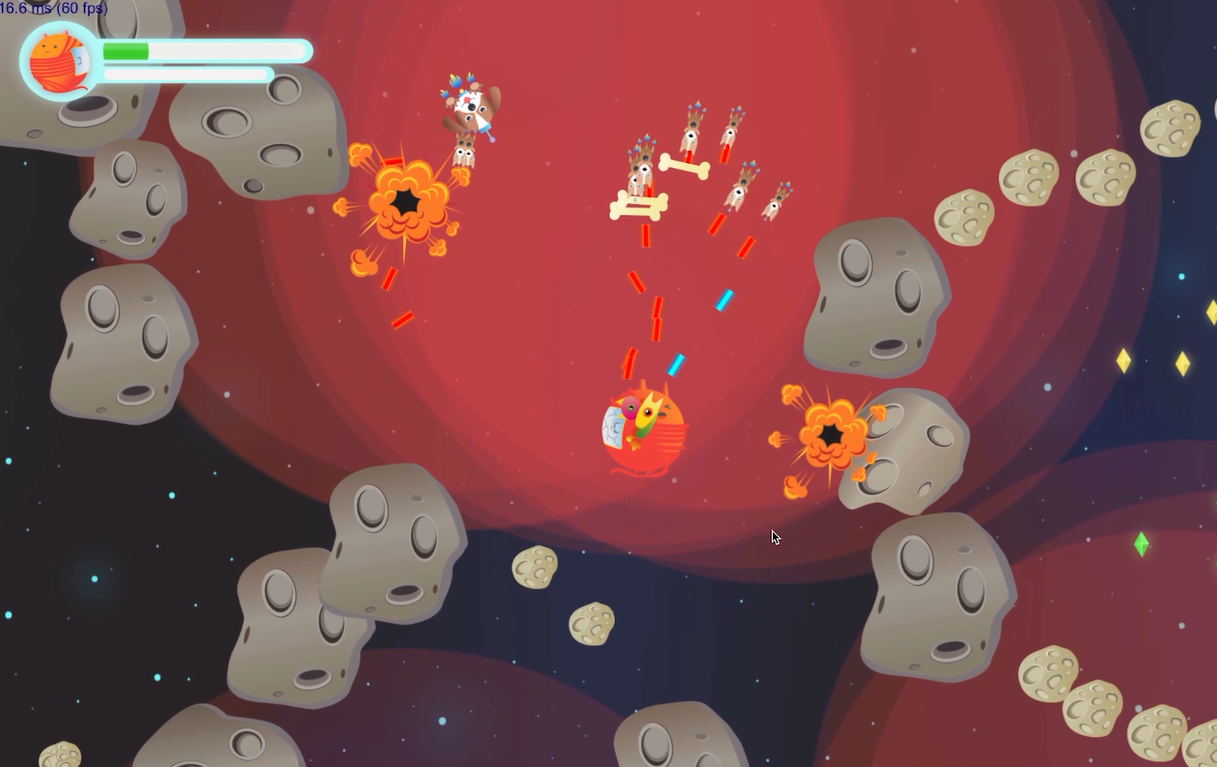 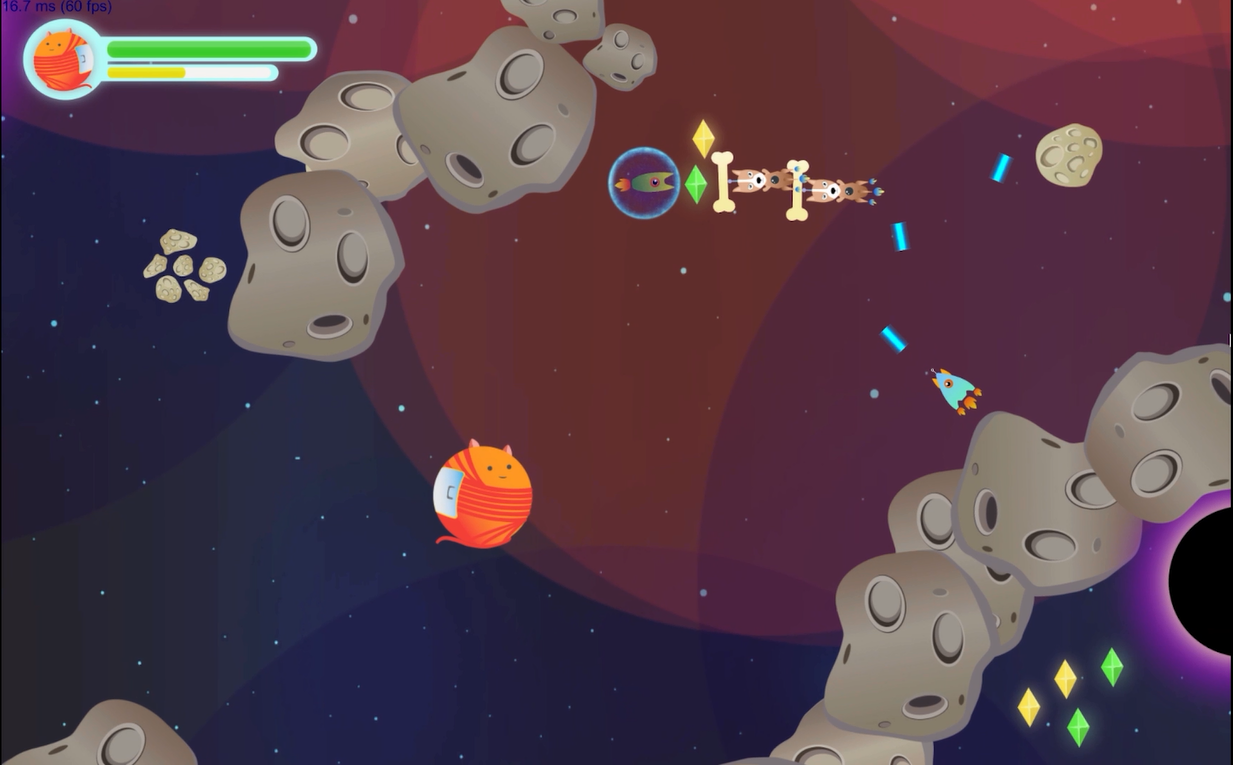 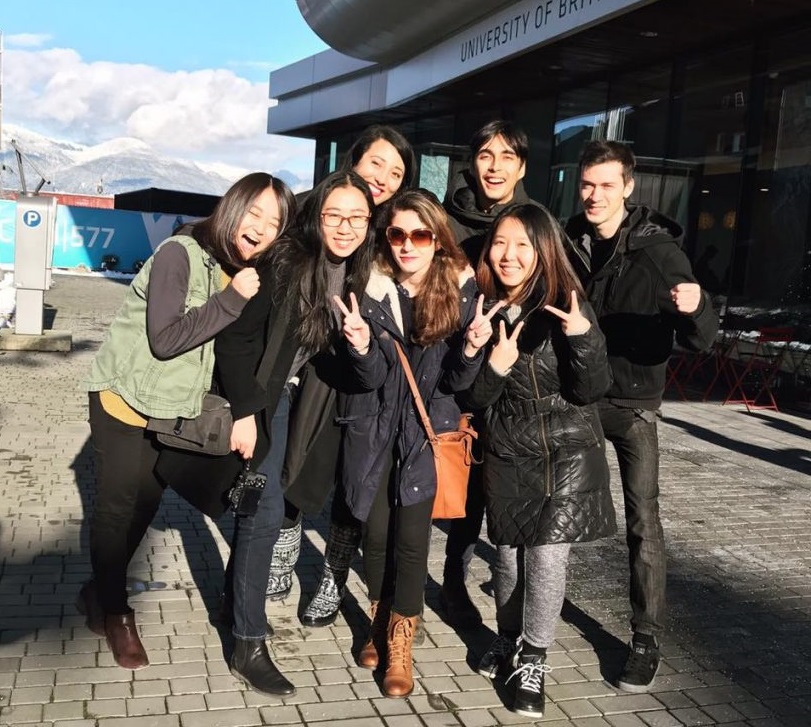